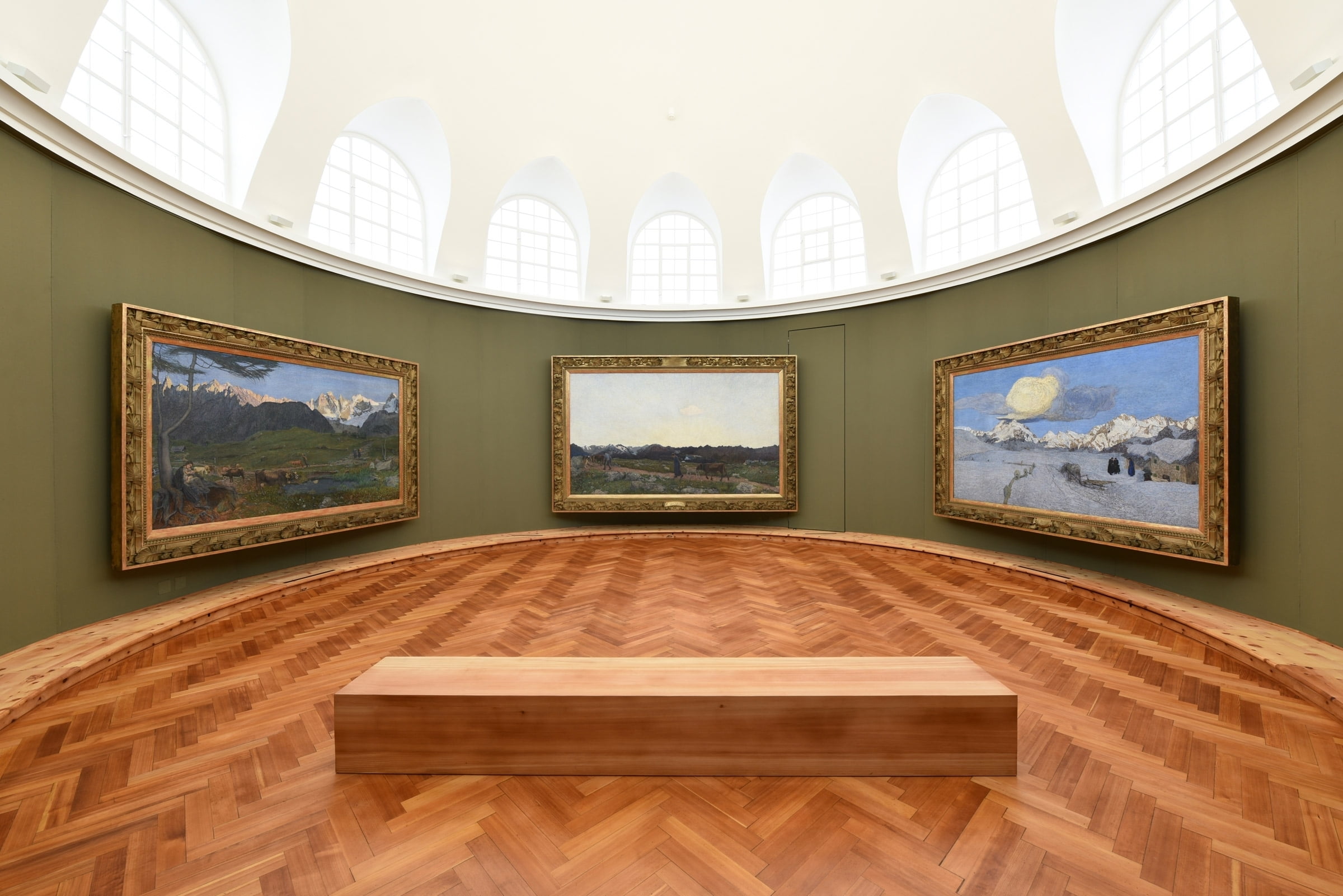 Where Mann and Hesse came to dream

A haven for renowned authors and a source of inspiration for great painters: St. Moritz has always been popular among artists and thinkers. These days, St. Moritz is considered a major player in the world of art.

“Well, my dear old friend, I am once more in the Upper Engadin. This is my third visit to the place and once again I feel that my proper refuge and home is here and nowhere else,” wrote the philosopher Friedrich Nietzsche in a letter to an acquaintance in 1883. He made his first journey to Sils in Engadin just two years earlier, where he lived in a modest room in the house of the Durisch family (which today is known as the Nietzsche House).

After a successful health retreat in Italy, the philosopher finally found relief from his migraines in Engadin’s dry, sunny, high-altitude climate. Yet the Alpine air had an even greater effect on Nietzsche. After that first visit, he came up with his theory of the eternal return, which would be the “fundamental conception” of his philosophical novel Thus Spoke Zarathustra. 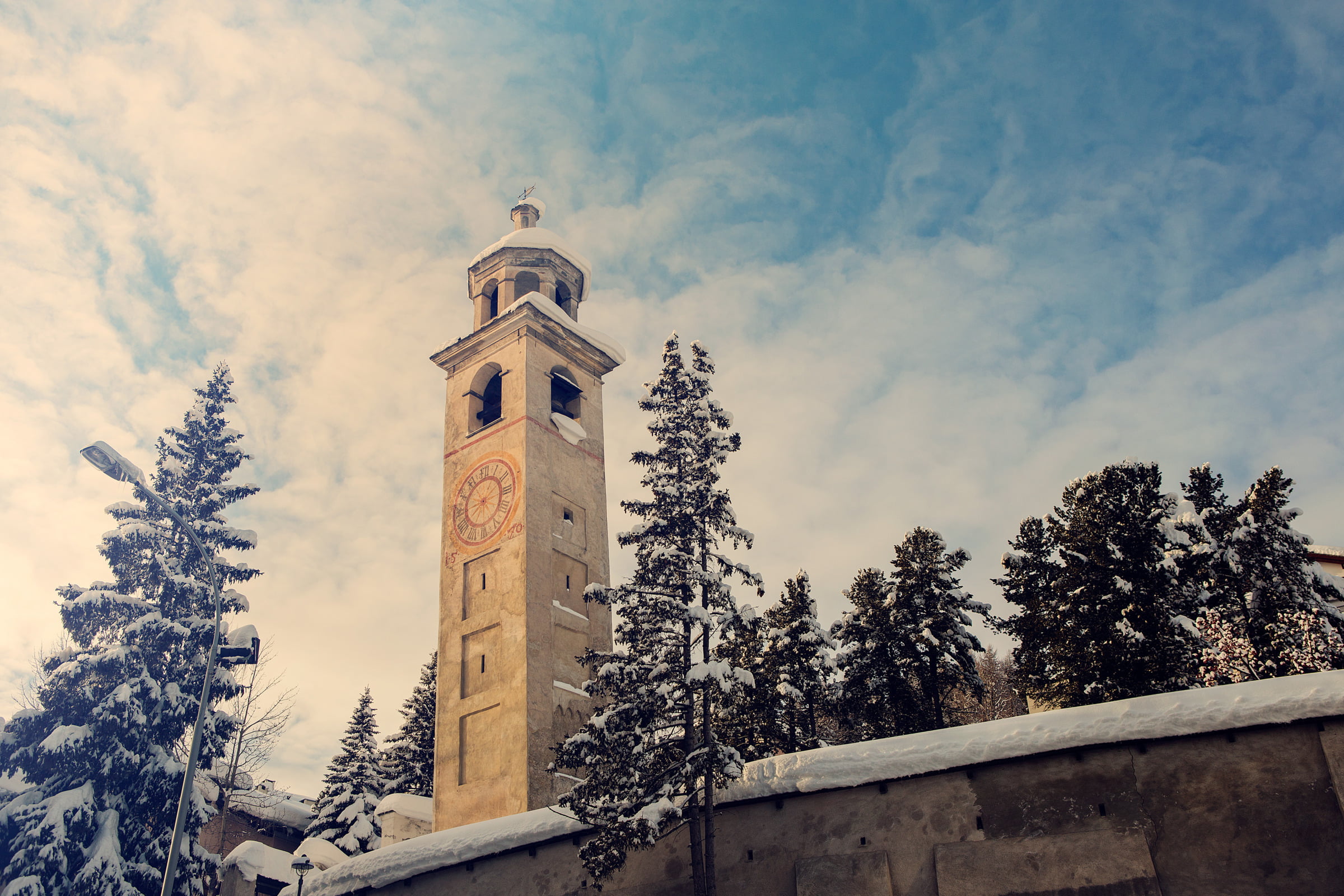 “St. Moritz is the new Venice – Engadin is gaining increasing attention as a hotspot on the international art scene,” wrote the prestigious Neue Zürcher Zeitung in February 2017. Indeed, over the last few years numerous renowned galleries have set up second locations in the popular mountain region. Among the pioneers were the Cologne gallery Karsten Greve, which opened a branch here in 1999. It was joined by Hauser & Wirth, the famous contemporary art gallery whose third Swiss subsidiary is located in St. Moritz, in December 2018.

German author Hermann Hesse’s love affair with the Engadin began in 1905, when he first hiked over the Albula Pass to Engadin at the age of 28. He spent several weeks in the region almost every summer until shortly before his death in 1962 and his visits inspired such masterpieces as the poem “Müder Abend”. 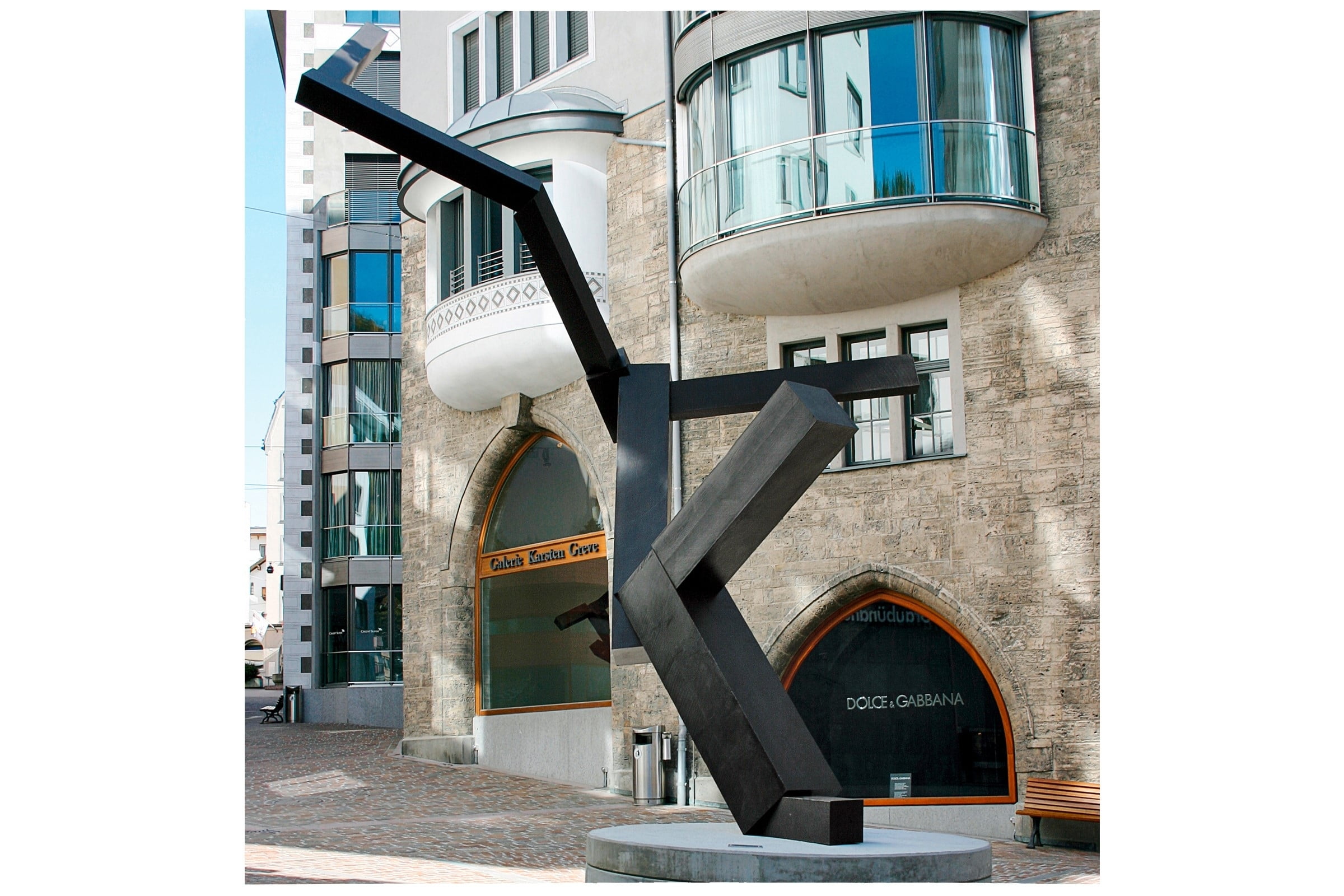 In one of the most well-known literary accounts he created while staying in the Grisons mountain village, an open letter from 1954, Hesse wrote: “I’ve seen many landscapes and nearly all of them were to my liking, but fate only deemed for a select few to appeal to me in a deep and lasting manner, to gradually blossom into small homelands, and probably the most beautiful of these landscapes, which has the strongest effect on me, is the Upper Engadin.”

Mann’s declaration of love for Engadin

When taking a break from his creative work, Hesse enjoying hurtling down the ski slopes with his good friend, the author Thomas Mann. Mann had long since discovered Grisons’ charms as a holiday destination and described the region in truly flattering terms: “This Engadin is the most beautiful place in the world. It’s not easy for me to talk about happiness, but I almost believe I am happy here.”

But it wasn’t just authors and philosophers who found tranquillity and creative inspiration in St. Moritz and the surrounding villages. Illustrious names from the world of fine arts are also part of the town’s impressive history. Back in the days when Pablo Picasso was painting his “Demoiselles d’Avignon” in Paris, Ferdinand Hodler, one of Switzerland’s greatest painters, moved to Engadin where he painted six landscapes. These include the heavenly scene at Lake Champfèrsee, which was sold at Sotheby’s in 2016 for over two million Swiss francs. The prestigious auction house described the masterpiece in glowing terms: “Hodler wonderfully captures the intense light of the mountains and the bright colours of a sunny autumn day, demonstrating his preference of colour and contrasting effects.” 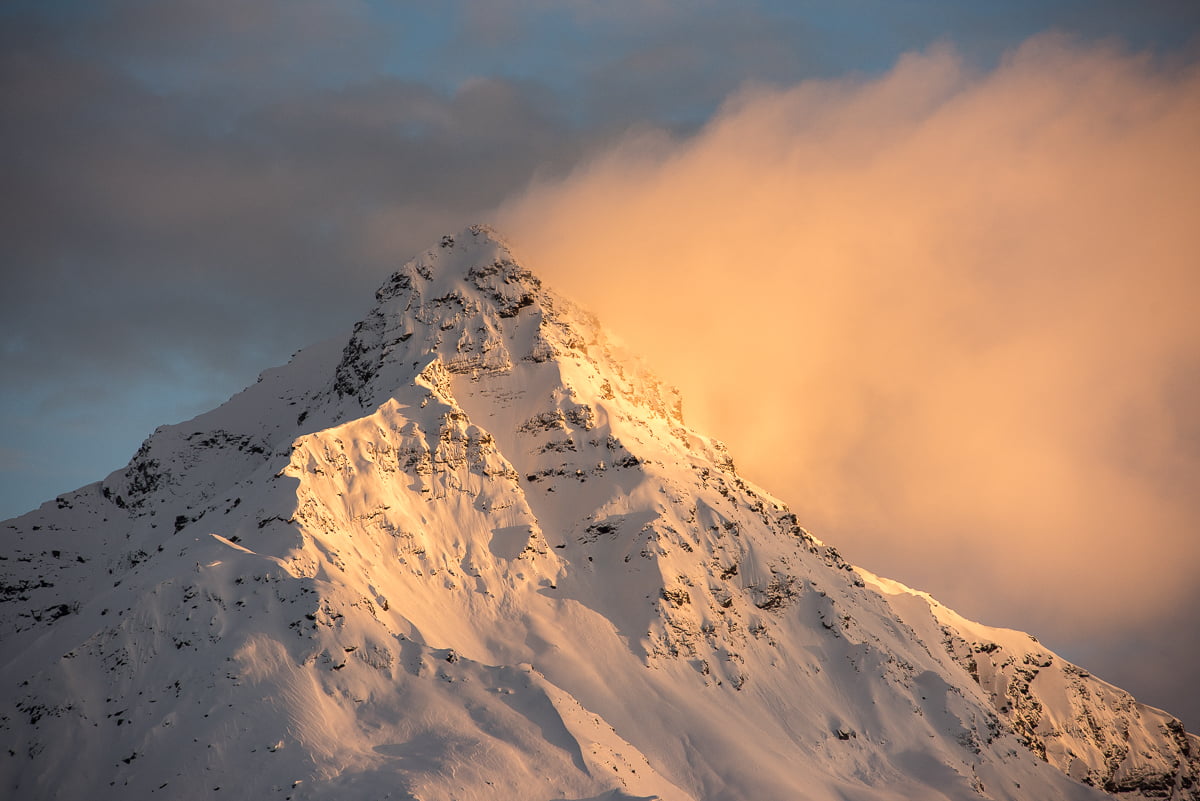 Giovanni Segantini’s last words were apparently: “I would like to see my mountains.”

Giovanni Segantini is another outstanding artist whose creations were characterised by the sunny high-altitude mountain region. Segantini primarily painted scenes from the lives of peasant farmers, set against the mighty Alpine panorama: shepherds shearing sheep, cows drinking from troughs and women harvesting hay.

Giovanni Segantini’s last words were apparently: “I would like to see my mountains.” Born in Austria, the artist later became stateless and kept painting right up until he drew his last breath on Mount Schafberg in the Upper Engadin on 28 September 1899, while painting his work titled “Nature”, the central piece in his legendary Alpine triptych “Life – Nature – Death”. The triptych has long been the star attraction at the internationally renowned Segantini Museum in St. Moritz. The museum building itself is also well worth the visit. Its architectural style was inspired by the pavilion that Segantini designed for the Paris World Exposition in 1900. Segantini had hoped to use the structure to present a largescale panorama of Engadin, however the project was abandoned for financial reasons.

Grisons’ majestic Alpine panorama is not only said to have inspired the Swiss painter Giovanni Giacometti to paint his famous oil paintings, but is also said to have influenced his son, Alberto Giacometti, who went on to become one of the greatest sculptors of the 20th century. That is why some critics are convinced that Alberto’s renowned sculptures are rooted in nature: they believe the busts are reminiscent of mountains, the figures are like trees and the heads like rocks. Born in Bergell, Alberto Giacometti grew up in Stampa – just 40 kilometres from St. Moritz – and maintained a close relationship with his home town until his death in 1966. 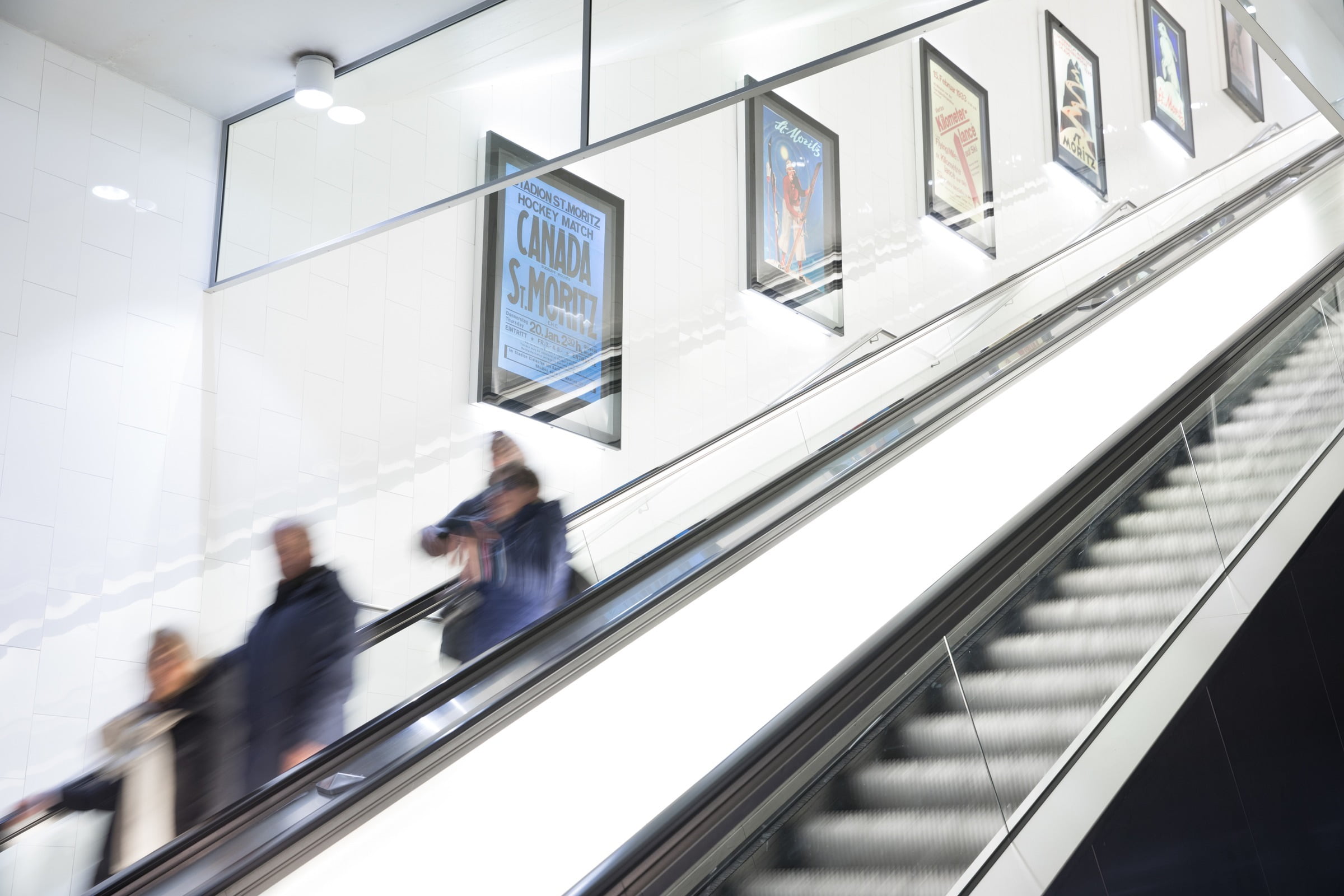