This year, the St. Moritz summer season is all about southern climes and la dolce vita. And with good reason: after all, no other holiday resort at 1,800 metres above sea level celebrates this sort of thing better than St. Moritz. Indeed, there are no better ingredients than a privileged location on the southern flank of the Alps with more than 300 days of sunshine a year, a world-famous lake landscape, and the italianità that has been a defining influence for generations. And this summer, we’ve prepared a whole array of additional offers for you. All that remains is for us to wish you a wonderful holiday or, rather, vacanze. A presto! 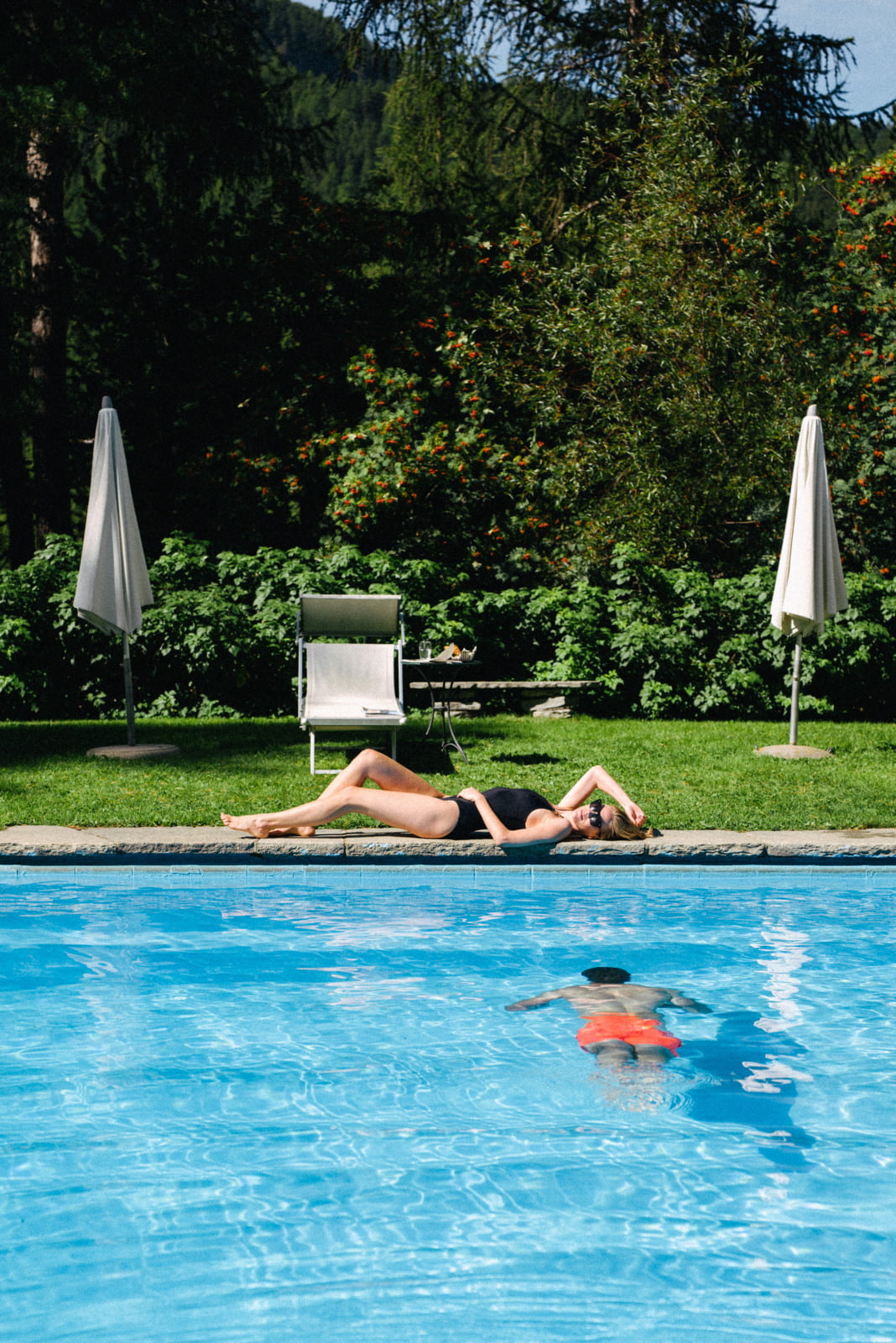 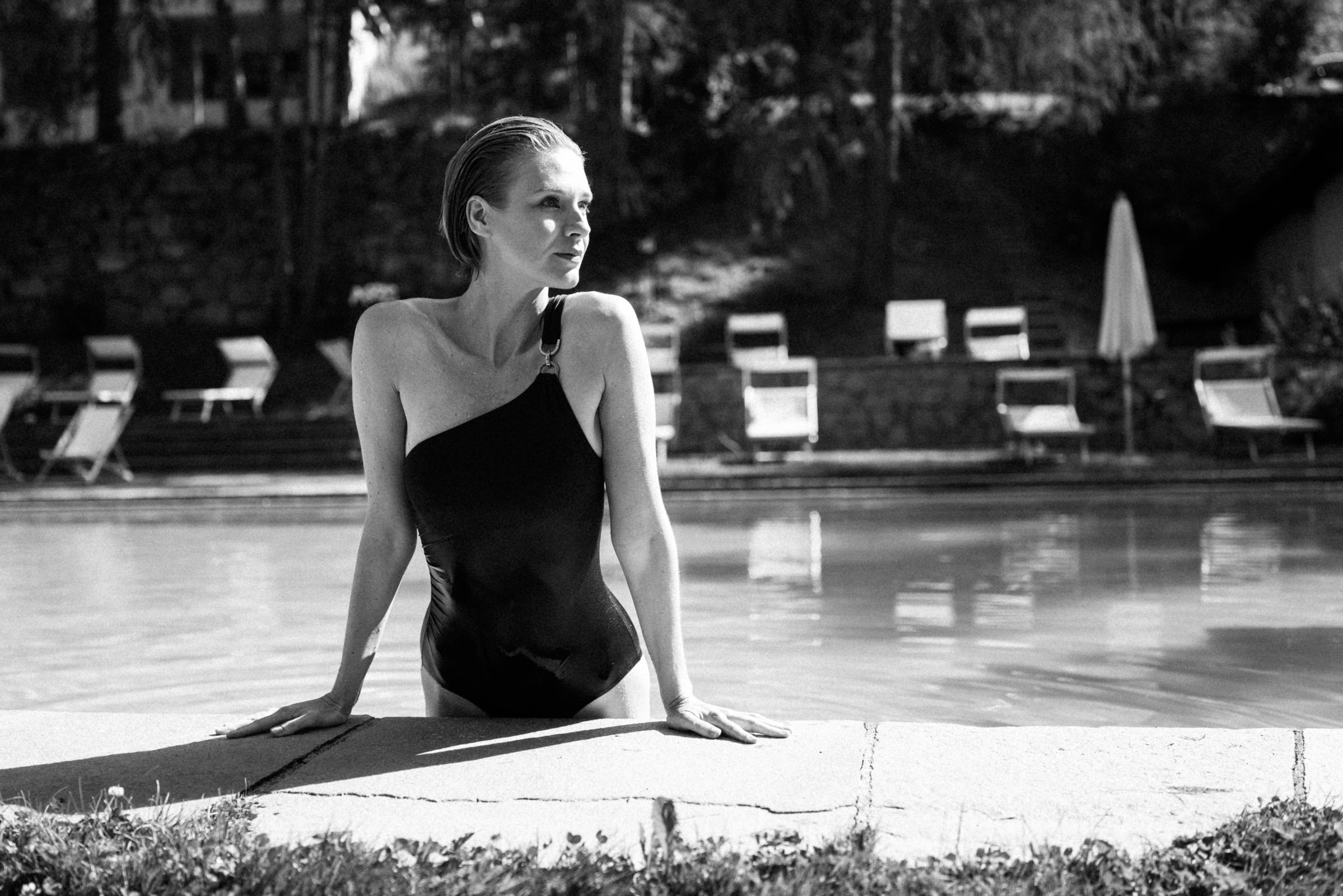 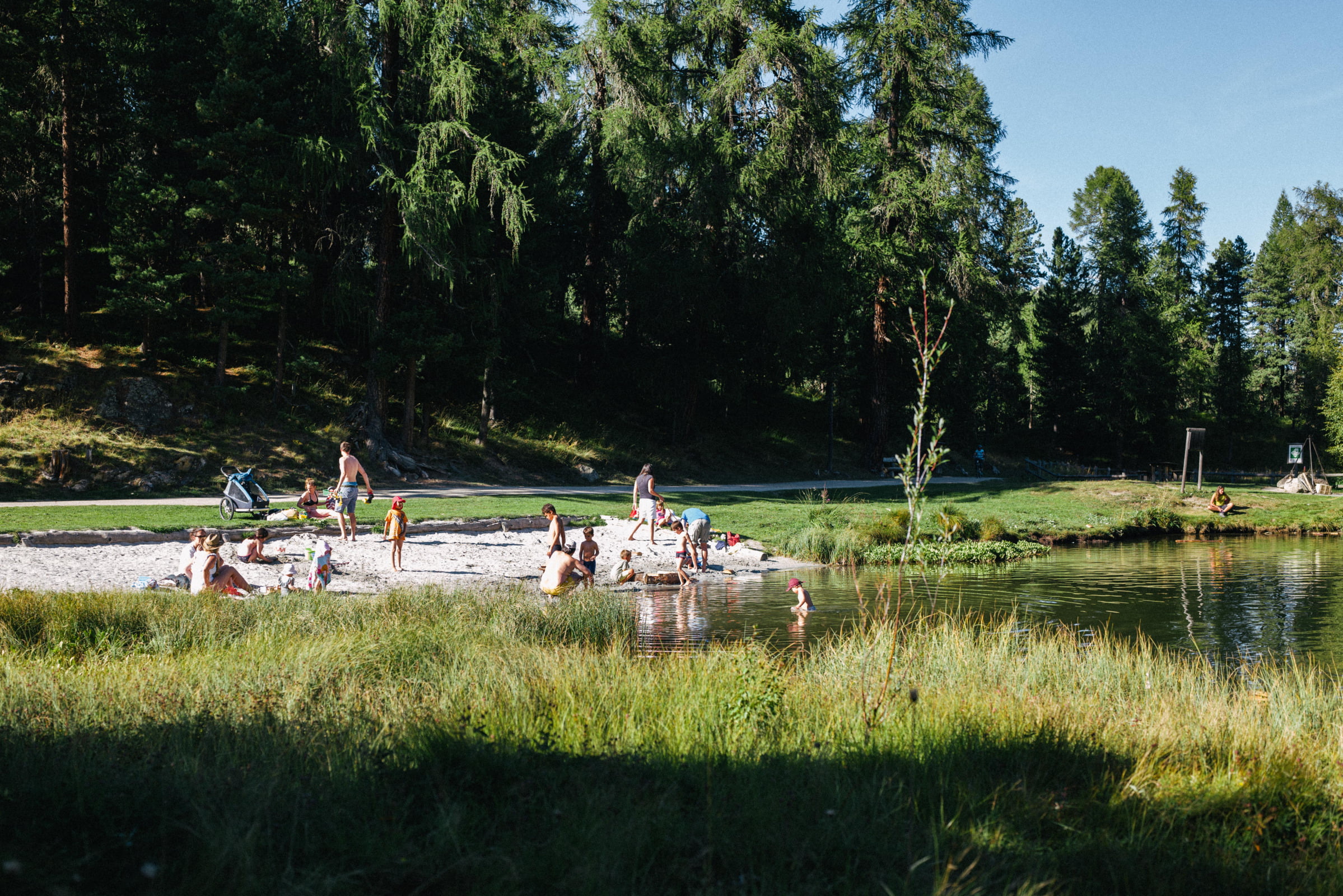 A LOVE LETTER TO ST. MORITZ

It’s more than twenty years now since the road along the Engadin lake region first led me to you. I’ve referred to that route as the Costiera Amalfitana of the north ever since. Of course, it is not really in the same league as its southern counterpart, and yet, for me back then, it was an anchor in a sea of homesickness. I was travelling from Rome to see you, to begin my professional adventure and begin a new life with you the following day. I would never have dreamt that, twenty, years later, I would still be with you. I was expecting dairy cows, Heidi, and Swiss chocolate. Instead, I got the same day’s Gazzetta dello Sport (rather than the previous day’s, as you do everywhere else in Switzerland), Italian-speaking co-workers, and a bottle of Franciacorta as a welcoming gift.

So even back then you were something special. You had a Vespa club, illustrious guests of the kind you usually saw only on the RAI 1 TV channel, the most resourceful concierges far and wide (all from the bel paese, of course), the AC Milan, who came up for their summer training camp, and the hippest Italian fashion designers, all of whom had their own boutique here. During those first few years, you kept me going with the best Neapolitan-style pizza al taglio; later on, you introduced me to the fascinating world of grand hotels. A world in which Gianni Agnelli rolled a five-franc coin along the bar counter to pass the time. 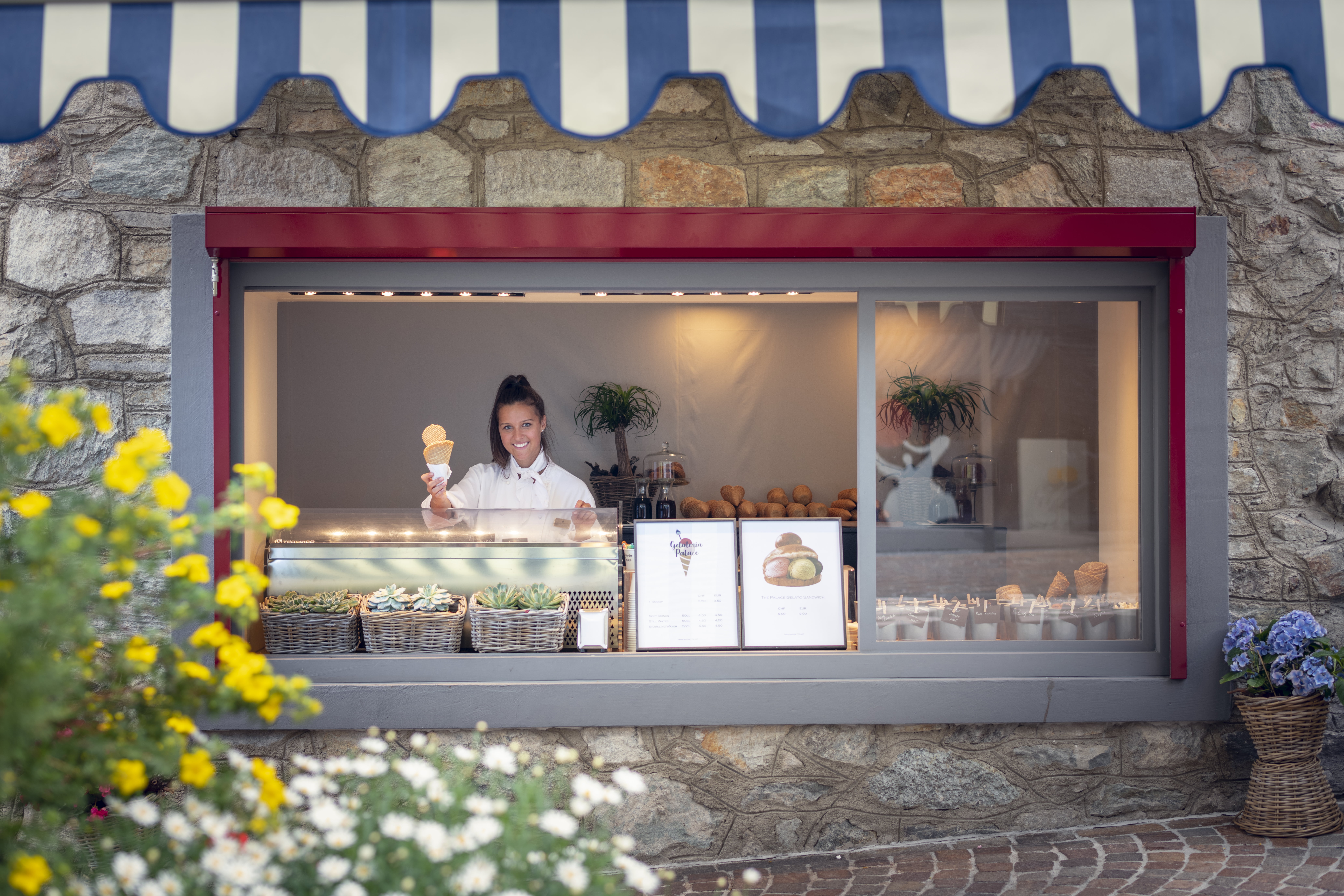 And then there was the climate, which over the summer months was amazingly mild, given your elevation. Sure, it wasn’t Capri, or Lake Como (which in fact is only 90 minutes away). But the air up here always had that very special taste you usually only notice on your tongue when you’re in the south. But perhaps I only dreamt it because I’d heard Gino Paoli singing Sapore di sale at the Dracula Club. Perhaps I am still in Rome, waiting for the train that will take me to Milan. If so, then at least it will have been a wonderful dream.

Drop by the St. Moritz Tourist Office and ask for our ST. MORITZ SUMMER MAP 2021 with all the summer holiday highlights such as the St. Moritz Pedalò. And in July and August, besides the map, you’ll also receive a voucher for a gelato by the lake as well as the official summer postcard. Drop off the postcard with us and we’ll even pay the postage! (Both offers while stocks last). 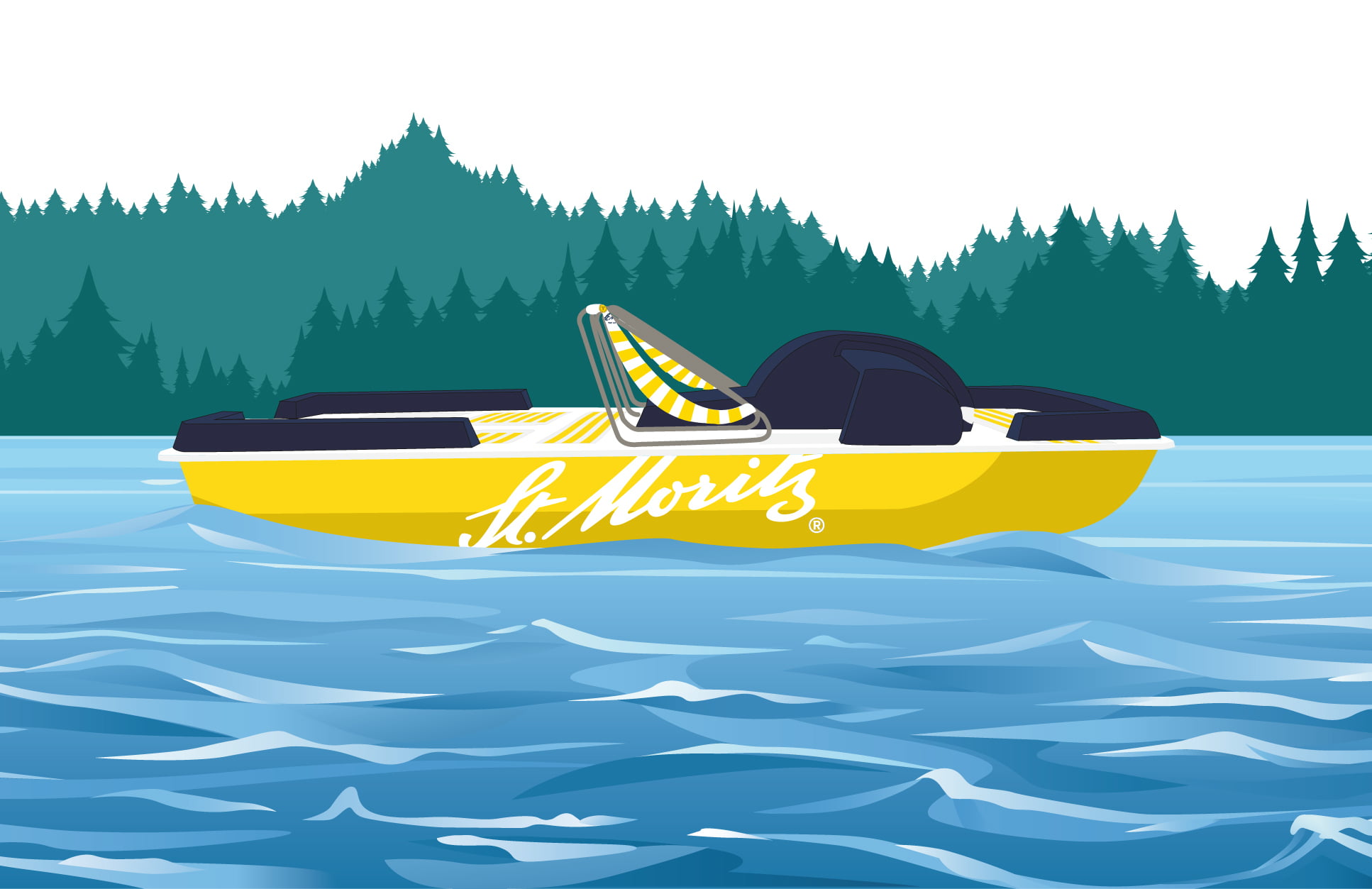 The St. Moritz Pedalò: This pedalo had its heyday on Lake Zurich, but then fell into oblivion and rotted away for years in the Seefeld quarter of Zurich. In 2021, St. Moritz had it completely restored by the ‘Kessel Classic’ Ferrari workshop in Lugano. And this summer, it will be resplendent once again in the sunshine on Lake St. Moritz.

Let yourself be inspired 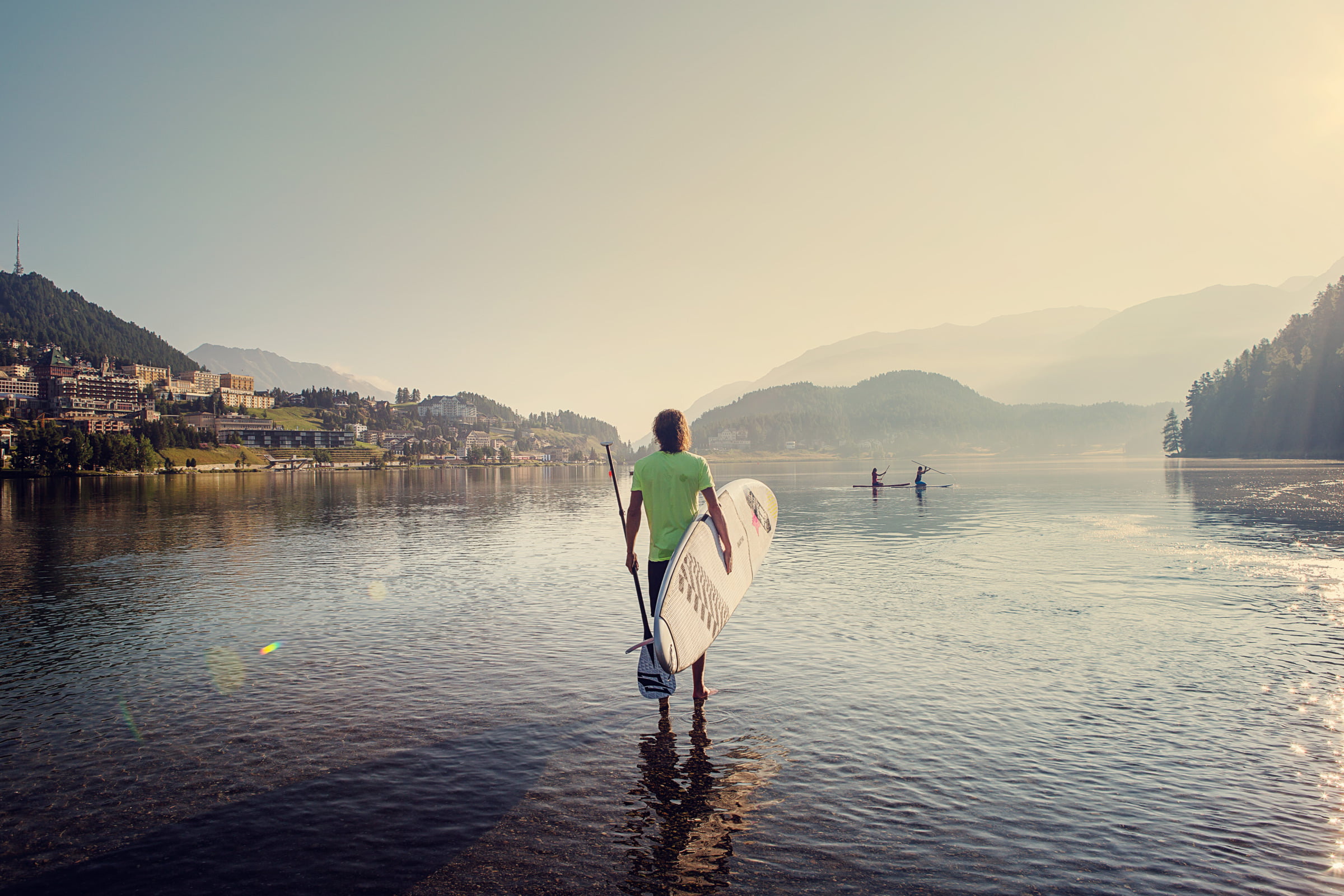 From a Vespa tour to a drive-in movie. Book now from the Holiday Shop. 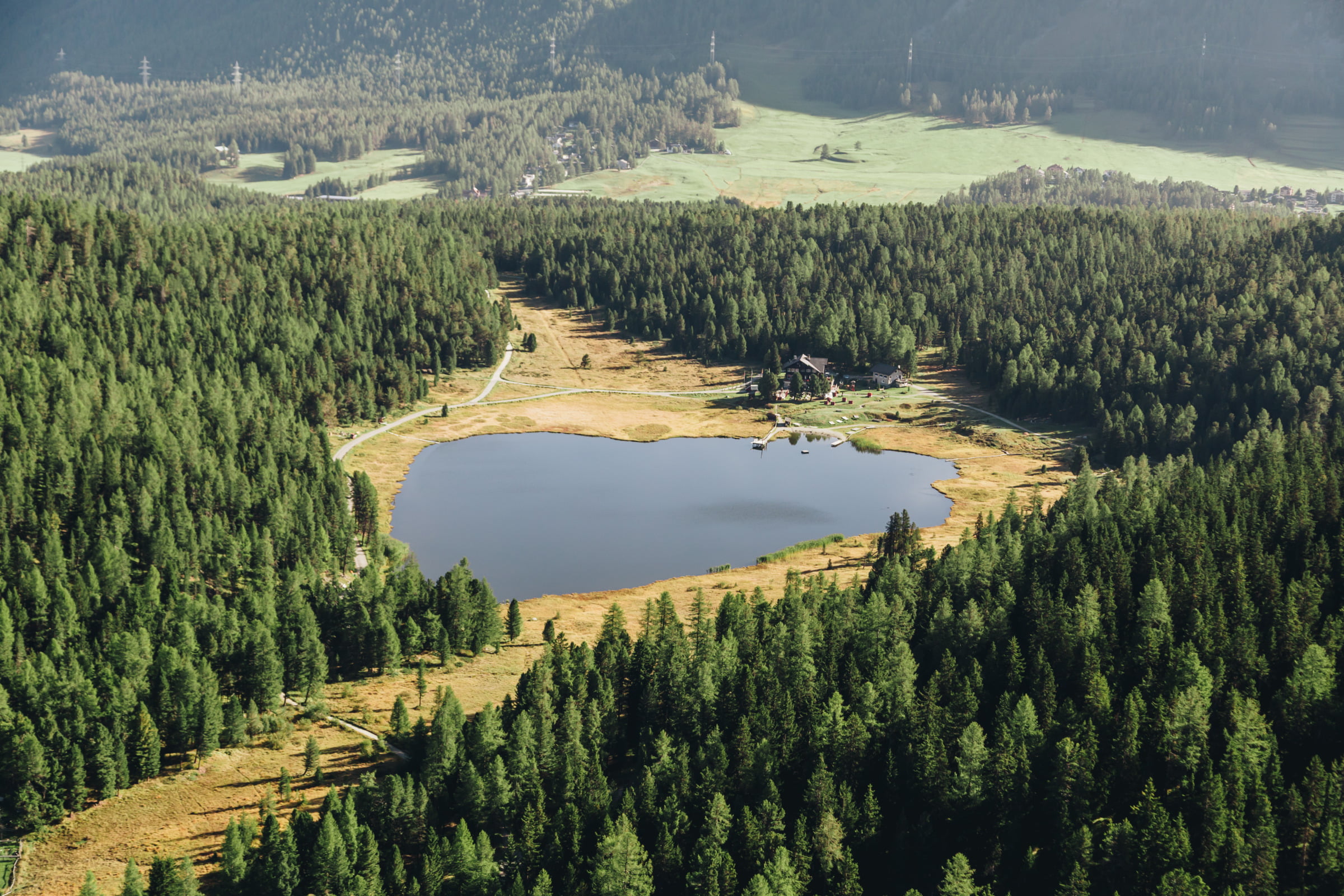 The Engadin lakes have something for everyone.