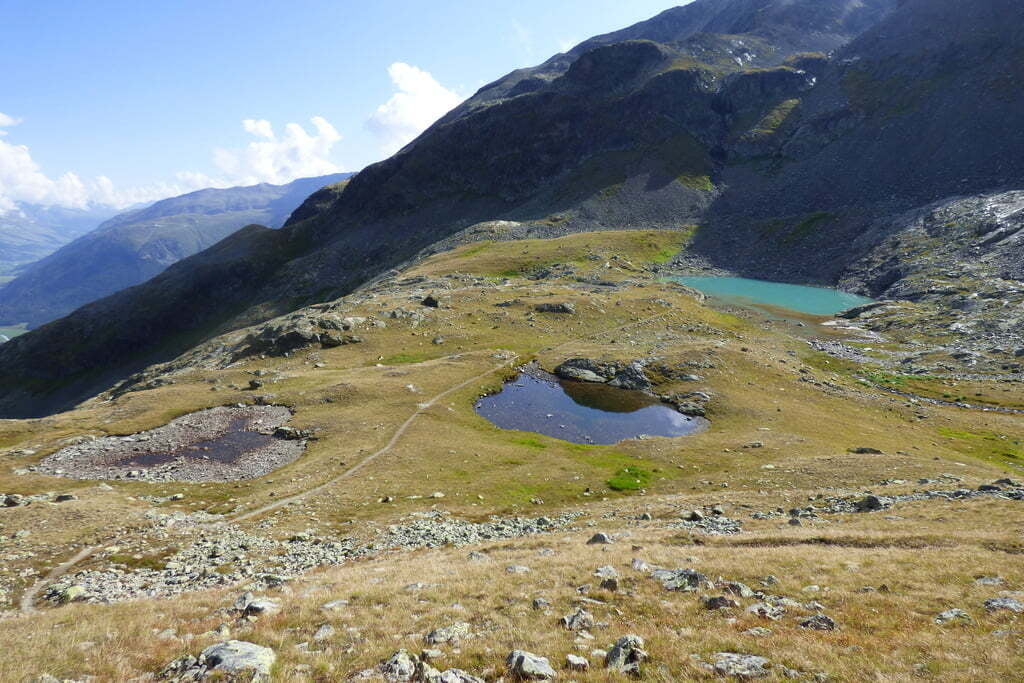 The network of hiking trails in the area surrounding St. Moritz is an incredible 580 km long. This makes it the ideal starting point for proficient hikers and walkers looking to cover long distances and conquer plenty of metres of elevation, amidst the breathtaking natural scenery of the Engadin. There are lots of possibilities for challenging hiking routes and plenty of insider tips.

The Piz da l’Ova Cotschna (2,716 m) is regarded as one of the most beautiful vantage points anywhere in the region. But it’s a panoramic view that has to be earned as it can only be reached on foot. The tour is approx. 5 km long and begins at the St. Moritz Hallenbad (indoor pool). It continues across the northern flank of the Rosatsch Massif south of St. Moritz up to the small lake of Lej da l’Ova Cotschna, ending at the summit of the Piz da l’Ova Cotschna. There, some 948 m in elevation later, a spectacular view and a large summit cross await.

The ascent up to Piz Mezdi (2,992 m) also holds the promise of an exciting hike for ambitious mountain hikers. From St. Moritz Bad, the route first leads up into the Sur Tegiatscha forest. From there, it continues up the God Spuondas Rosatsch before branching off in the direction of Piz Mezdi, the flat summit of which is reached after conquering many metres of elevation. The reward is a wonderful view over towards the legendary Bernina range. Summiteers seeking a challenge of a special kind can then continue along the hiking path towards Piz da l’Ova Cotschna as their next stage destination. 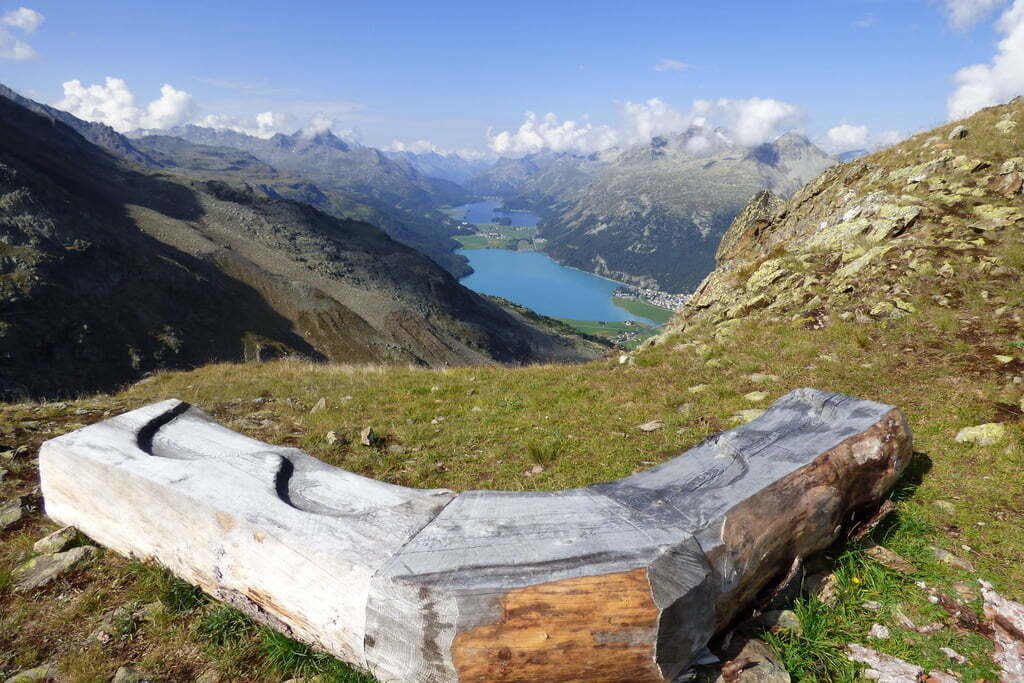